Which Braaiing Method Do You Prefer?

Braai
Is a long, slow, low-heat, indirect cooking method that uses smouldering charcoal or wood to cook the food in the presence of abundant wood smoke. The heat source is often in a separate chamber to the food being cooked. Barbecuing requires a low and slow approach, temperatures range between 110-135 degrees celsius and cooking times generally fall between 6 and 12 hours. Barbecuing is generally done with large chunks of meat like whole pigs, pork shoulders or large cuts of brisket. 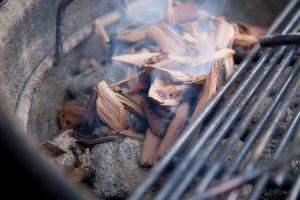 Smoking
Is one of the oldest methods of preserving food. It is technically the same as barbecuing in that it is a slow, low-heat, indirect cooking method that uses smouldering charcoal or wood to cook the food in the presence of abundant wood smoke. The smoke is generally created by pre-soaked flavoured wood chips and smoking temperatures typically range between 110-135 degrees celsius. Smoking is often done to fish, poultry, red meat and game. 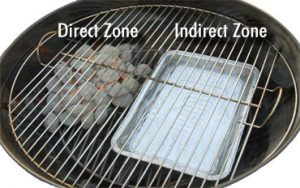 Direct grilling
Is a fast, high heat method of cooking directly over a fire or glowing coals. Grilling requires a high temperature, typically in excess of 315 degrees celsius and the cooking time is measured in minutes. The high heat sears the surface of the food and seals in the juices.

Indirect grilling
Is a hybrid approach to cooking which bridges the gap between direct grilling and barbecuing. The food is cooked adjacent to the heat source and not directly over the fire. However, the food and the heat source are in the same chamber and cooking can be done with or without wood chips that produce smoke. Typical cooking temperatures range between 160-200 degrees celsius (typically 180). This method essentially turns your braai into an oven, enabling you to cook food without burning it. It is more forgiving than direct grilling and a lot faster than true barbecuing.

Wherever you are and whatever the occasion, Ignite products are there to kickstart every moment. Whether you prefer fuelling your fire with long lasting briquettes or chunky hardwood charcoal or maybe you enjoy something a little more convenient such as our instant light briquettes.